Here’s a funny thing: People who live in San Francisco NEVER, EVER refer to the city as “Frisco”. But out here in Texas we do call the city of Frisco, well, er, Frisco. So how did Frisco, Texas, get its’ name? 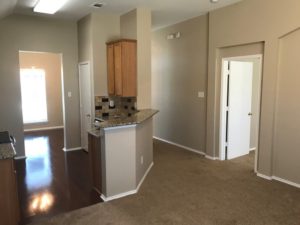 Back in the day, many of the settlers traveled along the Shawnee Trail, which later became the Preston Trail, and the community of Lebanon was founded along it. The first US post office here was granted in 1860. In 1902 the St Louis – San Francisco railway was being built along the trail and watering stops for the steam engines were needed.

However, Lebanon was too high up on Preston Ridge and so the stop was founded four miles to the west on ground which was lower. A new town was developed here, and was named Emerson, but the postal service said that it was too close to the name of another town in Texas, so in 1904 the residents voted to call it “Frisco City” in honor of the railway. Later this was shortened to Frisco.

So now you know. As it happens, as one of the top Frisco property management companies we have known that for many a long year. Yes, we may be based in Plano, but our knowledge of the North Dallas area is second to none, which is why so many of our clients who have Frisco properties to rent prefer to use us.

Knowledge And Attention To Detail

Not all Frisco property management companies are based in the city of Frisco, Texas, and we make no bones about the fact that we are not, either. But if it is knowledge and attention to detail that you require from a property management company – and why wouldn’t you? – then you want a company that has the expertise you need, regardless of where it may be based. That would be us – North Texas Property Management. Our expert staff understands that you are totally dependent on us for the day to day operation of the homes that you rent out. You may just have one, or you may have half a dozen, but you don’t want to get involved in all the little things that go wrong.

For instance, if a tenant has a problem with the plumbing and needs a new faucet, do you really want to have to sort it out? Of course you don’t. You just want your rent to come in on a regular basis without having to worry about the details. That’s why Frisco property management companies exist – to take care of all the headaches.

Certainly, if you have a large portfolio of properties, you may employ your own staff, but then you are running the operation as a business. However, if you only have a handful of properties you neither want nor need to do that, and in any case it isn’t practical.

That’s why you need us.